Our website www.PoliceRecordingsKekoas.com along with this recent documentary that we produced with Timothy Charles Holmseth of WriteIntoAction.com was discussed and promoted during the interview.


(*UPDATE: AS OF 11/27/16 ALL THESE TROLL VIDEOS WERE REMOVED OR MADE PRIVATE—INCLUDING ON ED OPPERMAN'S YOUTUBE PAGE) 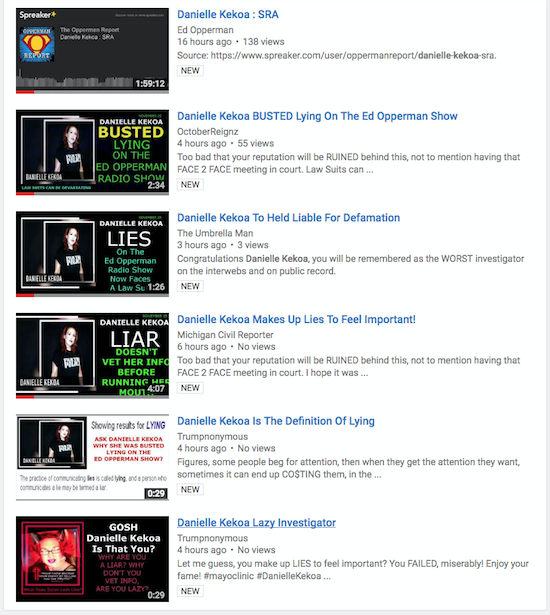 ImYourGhost/Montagraph stayed up all night tweaking and making videos threatening to sue me for lying.  Yet, he never offers any proof.

I don't even know this sick-twisted individual! 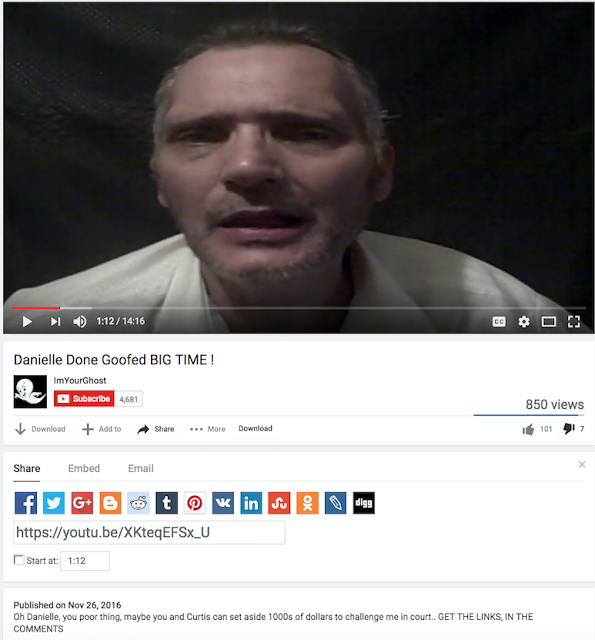 If you actually listened to the radio show, you'd notice that we didn't say anything about this Montagraph /222/ character other than he is a distraction from the fact that "pro-life pastor" Bob Enyart of Denver Bible Church is the shot-caller of a domestic terrorist group and the subject of an FBI Probe.

Private Investigator Ed Opperman brought up his name during the interview, not me, and we barely talked about it.  So why would this Montagraph troll react in this bizarre way, making creepy threatening videos and posting them all over YouTube?

This is a classic example of how members in the ShadowGov /222/ cult take on their leader's identity when their master is being exposed.  Shouldn't Bob Enyart be the one threatening to sue me if I were lying, since the entire two hour radio interview was about him and members in his cult?

But not a peep from the "pro-life pastor"— Typical.


None of these videos accusing me of lying actually quote anything from The Opperman Report.  Interestingly, this one posted by OctoberReignz has a sound-bite of a news interview I had in October 2010 BEFORE leaving the mind-control cult about making an anti-abortion Facebook page. This was specifically made to help the Personhood movement lead by "pro-life pastor" Bob Enyart of Denver Bible Cult and get Amendment 62 passed on the ballot to ultimately outlaw abortion.
Who on this earth would be so passionate about the anti-abortion movement in Colorado and why would they be holding on to this video about abortion and Planned Parenthood from six years ago?  To BUST me for LYING? About what exactly?

Here's the original news coverage from 2010, uploaded on one of Bob Enyart's YouTube PersonhoodTV channels (*Be sure to read the comments too from ChessVersusCheckers): FOR THE RECORD: Danielle Kekoa no longer supports the Personhood movement because they are run by convicted child abusers, pedophiles and rapists who use their "Pro Life Christian" status to remain above suspicion get away with murder. Google "Bob Enyart Child Abuse" & "PersonhoodUSA Conspiracy"


More documented harassment against Curtis and Danielle Kekoa by this troll Michigan Civil Reporter sending us emails at 3:45 AM.

And this troll Trumpnonymous made a YouTube account just to upload these two lame videos Definition of Lying and Lazy Investigator.
The Umbrella Man is an online predator, pedophile and child-trafficker with the ShadowGov /222/ cult. (*ALL VIDEOS NOW REMOVED)
This episode below of The Umbrella Man is to focus on the REAL DANGERS of prostitution. This highly disturbing video shows a young girl bound and tied to a wall with a pig mask on as Umbrella Man/Montagraph taunts and humiliates this underage victim on camera.

FYI—The /222/ cult started giving me death threats back in Dec 2014 after we exposed Bob Enyart as a satanic serial-child killer online for over two years.  This was all documented and given to law enforcement. 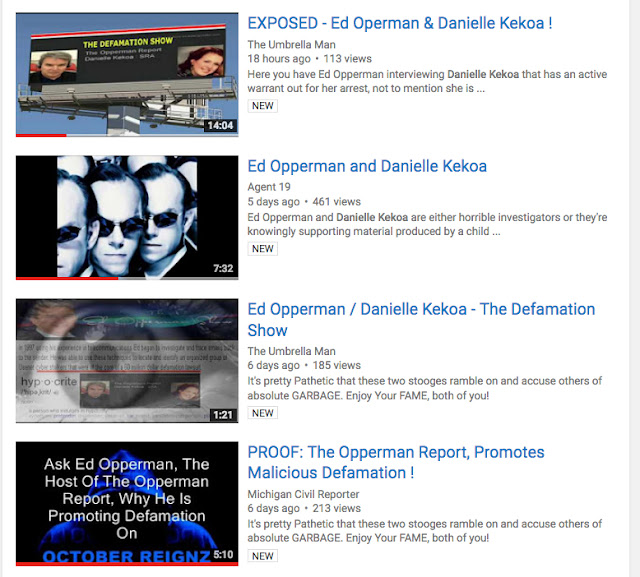 ALL OF THIS INFORMATION IS BEING FORWARDED TO THE FBI.