Danielle Kekoa, Northglenn, Colorado, was contacted by a special agent on November 5 regarding any information she may have regarding the Church, which Danielle Kekoa and her husband, Curtis Kekoa, describe as a cult.

The Kekoa’s have publically stated they believe Robert Enyart, the pastor of Denver Bible Church, is a serial killer involved in the murder of JonBenet Ramsey.

Write Into Action has been contacted regarding the November 12, 2015 story.
Multiple individuals, including a highly respected person with a nationally recognizable name, have come forward with information regarding Enyart.

Per any pending FBI investigation, Write Into Action is withholding all the names (except Danielle and Curtis Kekoa). 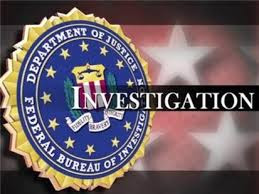 “He started his church because his radio show went under and he needed money,” one former church member said. “We’ll never have anything to do with him again,” the person added.

“He is perhaps the most dishonest and deceptive man I have ever met in my life. He is a blatant liar and his whole thing is to try to get people into worshipping him,” the source said.

“You’re not dealing with a Christian entity,” he/she added.

The following information was received by eyewitnesses and/or former church members regarding Enyart’s practices as they relate to Curtis and Danielle Kekoa.
READ ALSO - - - VIDEO CAPTURES OFFICER ATTEPTS TO ENTER HOME WITHOUT A WARRANT - SECOND OFFICER LIES TO HOMEOWNER ABOUT BEING A COP - - - targeted homeowners claim they know who murdered JonBenet Ramsey

Return to Write Into Action Home Page
Posted by Dani Kekoa at 12:29 PM