THE TRUE STORY OF HOW THE FBI WAS FOREWARNED TO "EXPECT IT" THREE DAYS BEFORE THE PLANNED PARENTHOOD SHOOTING IN COLORADO SPRINGS BECAUSE “PASTOR” BOB ENYART, THE DOMESTIC TERRORIST WHO MURDERED JONBENET RAMSEY HAS BEEN FOUND OUT!

Dismiss everything you’ve read in the tabloids about the JonBenet Ramsey murder.

Ignore what you’ve seen on TV about the mass shooting at Planned Parenthood in Colorado Springs and attacks on abortion clinics across the nation.

Take a second look at the ‘sale of baby body parts’ scandal that shocked the nation.

Prepare to re-think the actual origin of the horrendous abortion videos.

Forget what you thought you knew about missing children in the United States.

The FBI knows more – far more - and now, for the first time, the world will see what the Department of Justice has been investigating.

Released by the Kekoa’s on August 11th in honor of JonBenet Ramsey murder Detective Lou Smit, who died on that day in 2010, the daring fifty-seven minute documentary blows the world-wide whistle on some of the biggest and most horrendous secrets kept from the public about ritualistic atrocities against the unborn, children, and others. 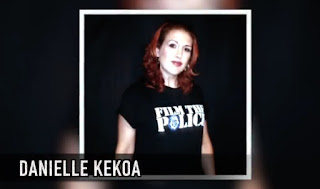 “Expect It” – a reference to the miraculous prediction made by FBI informant Danielle Kekoa to the Denver FBI Task Force during an interview three days before the mass shooting attack at Planned Parenthood in Colorado Springs by Robert Lewis Dear, showcases in two simple words, the depth of knowledge held by the producers about Denver Bible Church and Rev. Bob Enyart.

The epic documentary features exclusive recorded FBI interviews between Danielle Kekoa, who along with her husband and six children, Curtis Kekoa, defected from the Colorado church, which the Kekoa’s describe as a satanic cult.

The documentary, years in the planning, provides a seamless stream of jaw-dropping facts that are certain to shock and disturb viewers. 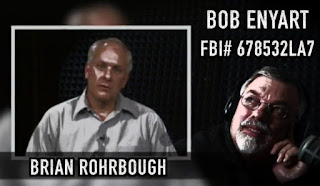 In another segment, recordings of Columbine Massacre parent Brian Rohrbough feature the former U.S. Vice President candidate discussing his former pastor, Rev. Bob Enyart, who he describes as an “evil guy” and the “most dishonest and deceptive” man obsessed with getting people to worship him.

In the face of regular death threats, harassment, and retribution, the Colorado producers have assembled gigabytes of exclusive recordings, FBI records, documents, and never before seen information into a riveting audio-visual journey through astonishing evidence that has been kept from the public.