The FBI is investigating a link between the Columbine School shooting in 1999, and the Planned Parenthood shooting in 2015.

The Denver FBI is investigating pro-life radical Rev. Bob Enyart for his possible involvement in the November 27, 2015 mass shooting at the Planned Parenthood facility in Colorado Springs.

Enyart is no stranger to the FBI.

FBI records reveal Enyart, a self-proclaimed pastor, abortion activist, and radio talk-show host, has been on the FBI’s radar since at least 1999 when a mass shooting occurred at Columbine. 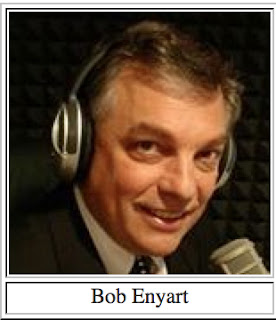 Official FBI reports on the Columbine School shooting reveals persons with prior knowledge of the impending massacre were discussing it in a chat room on “Bob Enyart Live”. Four entire paragraphs were dedicated to Enyart’s chat room in the FBI report. 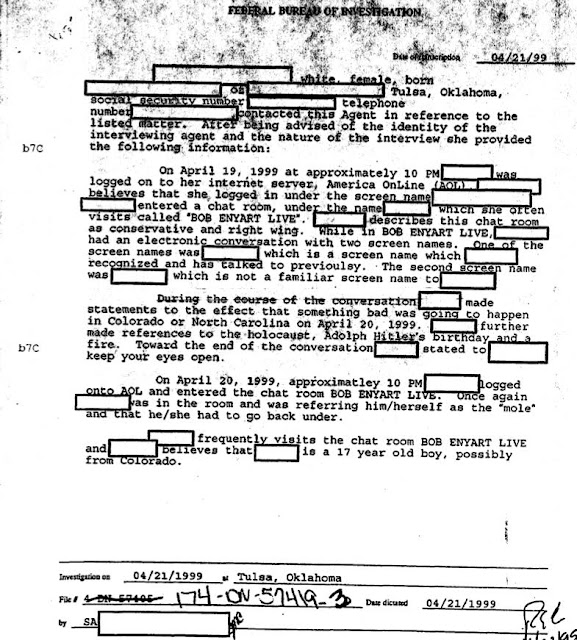 “While in BOB ENYART LIVE [redacted by FBI] had an electronic conversation with two screen names,” the Report said.

“During the course of the investigation [redacted by the FBI] made statements to the effect that something bad was going to happen in Colorado or North Carolina on April 20, 1999.

“[Redacted] made further references to the holocaust, Adolph Hitler’s birthday, and a fire. Toward the end of the conversation [redacted] stated to keep your eyes open,” the Report said.

Enyart’s has other connections to the Columbine School shooting.

Enyart became deeply involved with Brian Rohrbough whose son, Daniel Rohrbough, was killed at Columbine. Brian Rohrbough was a member of Enyart’s ‘Denver Bible Church’ which has since been described as a ‘satanic cult’ by former members Curtis and Danielle Kekoa.

Brian Rohrbough was the president of Colorado Right to Life and used the pro-life platform to run as the VP running mate of Alan Keyes on the presidential ticket. Brian Rohrbough and Enyart once co-signed a scathing letter to Dr. James Dobson regarding abortion issues.

Curtis and Danielle Kekoa, Northglenn, Colorado, former members of Enyart’s church, say the entire church is a ‘front’ using pro-life for a façade. The Kekoa’s told the FBI that Enyart is responsible for the murders of JonBenet Ramsey, Jessica Ridgeway, and Dylan Redwine.

“[Bob Enyart] is perhaps the most dishonest and deceptive man I have ever met in my life. He is a blatant liar and his whole thing is to try to get people into following and worshipping him,” Brian Rohrbough said.

Lisa Rohrbough, Brian Rohrbough’s wife, compared Enyart to the infamous mass murderer, Rev. Jim Jones. “Follow [Rev. Bob Enyart] – do you what you want – but when it comes the time – don’t drink the red kool-aid – he reminds me of that terrible person,” she said.

Enyart once suggested during a radio program that he possessed video of JonBent Ramsey being tortured and murdered.

John Walsh, United States Attorney, District of Colorado, issued a press release in November, 2015. "The United States Attorney's Office and federal law enforcement have been working throughout in close support of Colorado Springs, El Paso County, and State of Colorado law enforcement, as well as Fourth Judicial District Attorney Dan May. We also have been in close contact with both the National Security Division and Civil Rights Division of the Department of Justice. The federal investigation is ongoing and focused," Walsh said.